Car batteries are one component of your car that simply can’t be ignored if something goes wrong. Over time, your car battery will naturally begin to deteriorate, creating issues such as repeated instances of discharging (i.e. going flat), and even worse, failure to start. If you want or need a car battery replacement London call us 24/7 on number 0044.74.15.13.17.16

How your car battery works

When you turn the key to start your car, the battery supplies power to the starter motor, which turns the engine over. At the same time, power from the battery is supplied to the spark plugs in order to ignite the fuel and air mixture that has been compressed in the engine combustion cylinders.

The battery power used during the starting up process is then replaced by the alternator, which supplies the bulk of electrical current to your car’s electrical systems, keeping your battery fully charged.

The battery strength or cranking ampage is generally affected by the amount of work it does and the conditions in which it has to work. What’s more, the growth of in-car technology such as air conditioning, digital music players, satellite navigation systems and other electronic gadgetry are placing greater strain on your car’s battery. All of these increase the demand on your car’s battery and charging system which can lead to premature battery failure. Consequently more frequent checks are recommended so that your car battery maintains its optimum working level.

Regular battery checks can help identify and prevent premature battery failure, which can result in a vehicle breakdown at the most inconvenient time.

Battery failure is a common cause of vehicle breakdown, with 60,000 roadside recovery call-outs a year from battery failure. There are a number of reasons why a battery could fail, including extreme weather conditions, the car being left for long periods the age of the battery and commonly, motorists accidentally leaving their lights on.

The average lifespan of a car battery is between 5 and 7 years, but this can vary based on a number of factors including how often and how long the car is driven, temperature variation, the age of your car, and any additional electronic features installed (including alarms and sensors) that are active even when your car is not in use.

GET A FIXED PRICE IN JUST 30 SECONDS! CLICK HERE

The price is obtained based on the information provided by the customer. Any wrong information can increase or decrease the price.

EWG & BODY IS OFFICIAL PARTNER OF 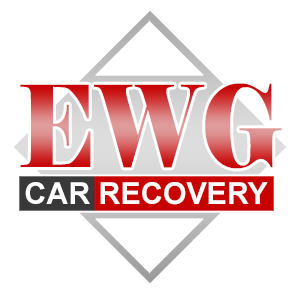